Are RRSPs actually a good thing? 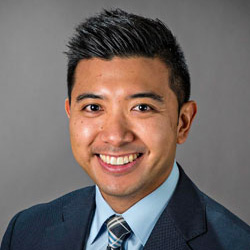 Well, it depends on who you ask.  In order to answer the question, we have to establish what an RRSP is and what the benefits are.  In short, an RRSP stands for Registered Retirement Savings Plan.  Created in 1957, the RRSP is a type of investment account that provides income tax deferral opportunities to Canadians who contribute into them.  The CRA is using this incentive to encourage Canadians to save for their eventual retirement when they’ll have to rely on more passive sources of income to subsidize their lifestyle.

The initial benefit is provided by the deduction allowed on the amount contributed.  This means that the amount of any contributions can be deducted from the total income, resulting in “non-taxed” contributions.  Typically, these contributions are made during the taxpayer’s highest income years.  Due to Canada’s graduated tax rates, the most benefit is gained by making contributions when the income is highest.

The delayed benefit is the tax-deferral allowed on investment income earned while invested within the RRSP.  Depending on the type of investment (i.e. stocks, bonds, mutual funds, cash, etc.), the income generated – whether it’s dividends, interest, or capital gains – is not taxable in the year that it is earned.  Conceptually, the investment growth should compound faster given that it is not encumbered by tax.

Understanding the two main benefits is the first step in determining the usefulness of an RRSP.  The second step is determining what your income situation will be when you “retire”.  This is important because withdrawals made from the RRSP are taxable.  Your income tax rate will be determined by how much income you have in the year.  Again, given the graduated tax rates in Canada, the less income you have means a lower tax rate payable.

Ideally, a Canadian taxpayer will make their RRSP contributions in years when their tax rate is higher than when they will start withdrawing.  Typically, a Canadian taxpayer will have less income in their retirement years than when they are working.  By utilizing the RRSP, a Canadian can defer the tax calculation on income from high-income years to low-income years – or from high tax rate years to low tax rate years.

This concept becomes an issue when retirees have the same amount (or more) of income in their retirement years as they did in the working years.  The simplest example would be employees who have Defined Benefit Pension Plans.  These retirees worked for employers who provided the opportunity for a life-time income (typically a percentage of the amount that they earned annually, depending on the length of time of service).  For example, a federal government employee who receives a pension of 60% of their working salary could make up the other 40% with government benefits (i.e. CPP, OAS, etc.), business income, investment income, RRSP income, or rental income (depending on how savvy they were with other investments).  That is not to say that Canadians with a Defined Benefit Pension Plan shouldn’t contribute into RRSPs.  These Canadians just have to be more mindful of their expected retirement income given that they will be starting at a higher amount due to their pension.

At the end of the day, paying income tax is part of being a Canadian.  If you pay tax, it means that you have income.  The challenge is working within the rules set by the CRA in order to reduce your taxes payable.  The RRSP is one of the tools provided.  Speak with your TMFG advisor for additional questions or clarification.

Why your cash should be making money for you and not for your bank.
While interest rate hikes can be daunting for those who are carrying large amounts of debt they can be a boon to those who are holding funds in cash. Today on ThinkSmart Financial Ad… Our best practices for travel in 2023. How are things looking out there in the travel world? Listen today to hear our advice and feedback from our recent travels abroad on everything from flights, to hotels, and rental cars. We just keep getting slammed by interest rates from all sides. This is especially problematic for those who are still coping with debts or mortgages. But on the other hand, there are actually some benefits. Listen today to find out why the rising int…